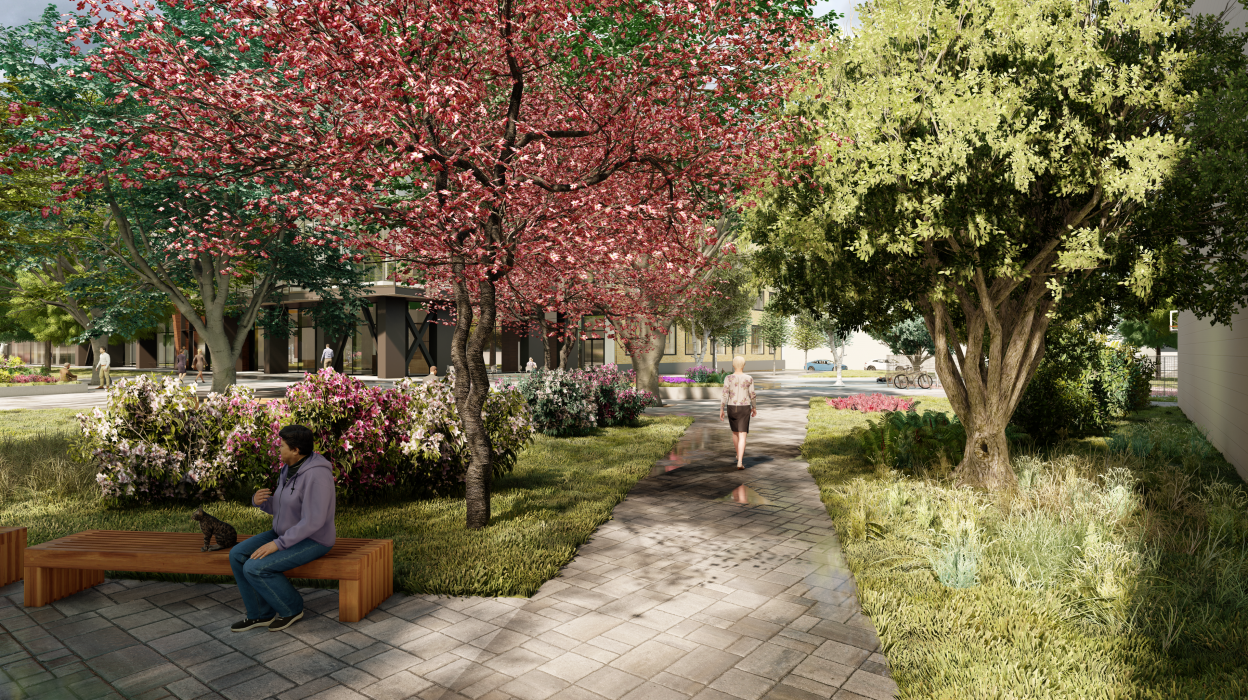 Based on last year’s community planning ideas,  general designer TSPC has prepared a comprehensive concept plan for the development of Markusovszky Square in Budapest. Ferencváros Municipality intends to renovate the square with modern recreation zones, a new playground, a dog park in a safe, well-organized and clear environment. The aim is to replace the outdated, unsafe area which has become an unsuitable place to spend quality time, with a high-quality, well-organized space designed according to European standards – this is the proposal of TSPC experts.

“During the design process, our most important task was to carefully think through and organize the space to eliminate the unused parts of the square and to refresh as well as to open up this area in every aspect for the citizens of Ferencváros and visitors,” says architect Szilvia Könözsi, construction director of TSPC Group. Our aim is to make the space more personal and to achieve a quality change in terms of functions, green spaces and the experience of the space.”

The area between Kinizsi, Köztelek and Biblia streets and Üllői road is currently in a neglected condition and the existing functions are not fully fulfilling their role, so rethinking its architectural and landscape design was absolutely necessary. The square will soon feature an outdoor gym, a sports field, a modern playground, green arbors and recreational areas, a new public toilet and brand-new bike storage facilities.

TSPC’s concept plan responds to a number of demands raised during the recent community planning process: people in the area had the opportunity to express their views on how they imagine the park, playground, dog park and sports facilities. More than 300 people shared their views in a survey that took place online and offline in September 2020. The responses, processed with the help of Budapest Dialóg, revealed that currently most of the respondents do not consider the park safe, feel uncomfortable in several parts that lack hygiene and they do not feel that this area is a safe environment. 72% of the respondents supported the creation of a green area for recreation, a playground and an outdoor sports field in the Markusovszky Square development proposal.

The municipality aims to alleviate the severe parking difficulties in the area and the currently unorganized parking situation around the square by creating an underground car park which could be built under the entire parking area, with 120 parking spaces. The Markusovszky Square will be equipped with 24 surface bicycle stands and 11 stations of BUBI bike-sharing system. The square will provide 4,500 square meters of functional green space, with more than 50 new trees.

The development will transform the Markusovszky Square into a high-quality and modern urban public park worthy of its location and history.